In this article, the philosophical position of essentialism is contrasted with that of nominalism, and examples of how essentialists' assertions are frustrating to nominalists are explored.

Essentialism is the position that behind the phenomena of the world that we observe are hidden essences that are not directly observable, and when categories of individuals exhibit similarities, this is because they share a common essence.

Essentialism is quite old in Western philosophy and versions of it were espoused in various works by Plato and Aristotle. Ancient versions of essentialism tended toward the metaphysical. However, essentialism comes up repeatedly today in less metaphysical ways, particularly in social commentary. Sometimes commentators actually use the word “essence” or its derivatives, as in “AP’s style is now to capitalize Black in a racial, ethnic or cultural sense, conveying an essential and shared sense of history, identity and community…” (Daniszewski 2020) [Italics added for emphasis.] Other common language includes “culture,” “spirit,” or “nature” of a “people,” “race,” or “nation.” Thus, modern essentialism can appeal to either cultural or biological explanations or both. 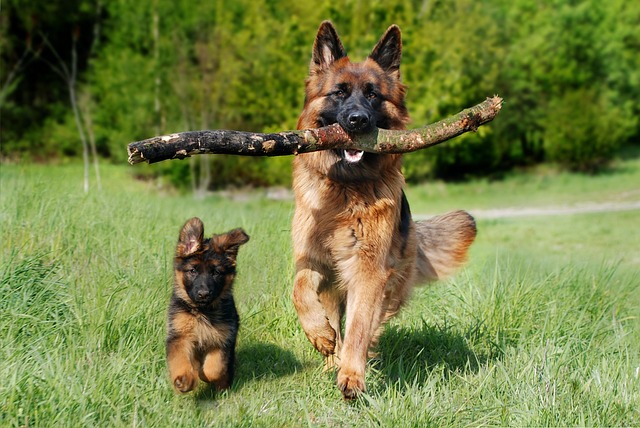 Image by Anja from Pixabay.

To nominalism, categorizing individuals is a language convention, and categorization is arbitrary.

Of course, language is a social phenomenon, and in order to communicate you must adopt at least some established conventions, which is what the process of learning a language is to a nominalist. Furthermore, it might turn out that some conventions are generally more useful than others, and therefore, the labeling you use might change over time. If enough people do this, this leads to changes in the popular use of language. Similarly, some conventions might be more useful in certain contexts, causing specialized fields to invent their own jargon.

Essentialists hold opinions that are insufferable to nominalists such as I because an essentialist who has labeled an individual as a member of a category has done so with the belief that this reflects a great truth. To essentialists, such categorization constitutes knowledge, whereas to nominalists, it is merely a labeling convention.

It is easy to spot essentialists in everyday life. Essentialists like to debate whether or not someone is “really gay” or “Black enough” or “Republican only in name” or “really a liberal,” whereas nominalists are prone to cringe at such questions.

Sexual orientation is something that has been handled by the vast tapestry of human cultures that have ever existed in a variety of ways, whereas labeling someone “gay” or not is largely a phenomenon developed in twentieth century, Western, education, industrialized, rich, democratic societies and then exported to the rest of the world. Similarly, categorization of people by their phenotypical appearance such as skin color, etc., is a relatively modern phenomenon that has its origins in the colonialism of the Age of Sail. (Larsen 2014, chap. 4) What constitutes the constituency for a political faction is constantly in flux. For instance, the United States in the twentieth century saw the transition from so-called “paleo-conservatives” to “neo-conservatives” as the dominant faction on the right and the reconstitution of the Democratic Party with the loss of the so-called “Dixiecrat” or “yellow-dog Democrat” voter base.

Nominalists such as I would note this as evidence that there is nothing essential about these labels. Dedicated essentialists might retort that labels are merely imperfect approximations of some underlying essence, such as “gay” genotypes, much like Plato and his Theory of Forms. This back and forth could continue ad nauseum. However, even to get to this realization, essentialists and nominalists would first have to realize that they are not disagreeing in the particulars of the essentialists’ evaluation that someone is “really” something, but actually disagreeing at the more fundamental level of whether this is a valid question. To nominalists, no one is “really” anything.

How we categorize fellow human beings is probably the most contentious kind of labeling, which is why this genre of categorization is used as an example, but the essentialism versus nominalism divide extends to all kinds of categorization. Indeed, discussions about whether certain music is “really metal” or “really jazz” can get quite contentious.

A particularly insufferable form of essentialism occurs when essentialists do not even realize that they are essentialists. These are the sort of individuals discussed in the preface who are either not aware their views are contingent on a particular philosophical position or are not aware that others have philosophical positions that differ from their own. This naive essentialism is aggravating because it is prone to presume that nominalists do not “get it.” Such naive essentialists are so ignorant that they mistake their own ignorance for the ignorance of others – others who have consciously considered and rejected essentialism.

The disagreement between essentialist and nominalist philosophical positions does not map one-to-one onto the partisan ideological divides that come and go in human society, but are independent to them. For instance, there is some rancor over transgender issues in the United States. Roughly summarized, one set of viewpoints look at people who identify as transgender as yet another long-oppressed group to champion and to whom to be an “ally.”

These “ally” viewpoints can manifest themselves both in ways that are either very nominalist or very essentialist. On the one hand, someone might regard gender as something that is explicitly a conventional label, such as in discussion of “gender assigned at birth,” “gender someone identifies with,” or “preferred pronouns.” On the other hand, someone might discuss gender as something that is overtly an essence, with assertions that someone who identifies as a transgender man “is really a man” or someone who identifies as a transgender woman “is really a woman” or that certain pronouns are “the correct pronouns.”

Nominalists such as I can easily converse with “allies” who are nominalists, and such conversation can rapidly move on to more depth into the subject-matter itself. However, when nominalists such as I encounter the essentialist version of “allies,” the more fundamental difference in philosophical positions must be resolved one way or another before productive conversation on the subject-matter itself can occur.

This phenomenon occurs with viewpoints contradictory to the “ally” viewpoints, as well. These viewpoints also manifest themselves either in ways that are nominalist or essentialist, and the essentialist versions are prone to use language and concepts almost exactly like that of the essentialist “ally” viewpoints, but with the direction of the assertions switched. Such viewpoints might assert that someone who identifies as a transgender man “is really a woman” or someone who identifies as a transgender woman “is really a man” or that certain pronouns are “the correct pronouns.” Thus, what specific viewpoint someone has on a given issue is independent of the essentialism versus nominalism divide.

Of course, trying to summarize all the diverse ways that a human being could interpret categorization and labeling with just the two positions of “essentialism” and of “nominalism” is an oversimplification, as is the case whenever we use a dichotomy. There are likely many ways to interpret categorization that might be similar to or entirely different from the ways discussed here. Furthermore, the uses of “essentialism” and “nominalism” in this section are actually quite narrow definitions of the concepts. All of this is done in order to illustrate a specific point, and this article should not be interpreted as an attempt to define the essence of “essentialism” or the essence of “nominalism.”

Other Articles in This Series

This article is part of a series of articles on philosophical positions with which I disagree. The rationale for this series is explained in the preface “Study Enough Philosophy to Know Not to Study Philosophy.”

This blog is an outlet for me to explore my own interests in my personal time, including research interests. Most of my research interests pertain to what I have termed "reproductive responsibility," which focuses on the study of contraception and occasionally touches on related topics.