Methods both long-acting and reversible, non-hormonal methods, methods for men, and intrinsically more effective methods are urgent needs for contraception.

With over 80 million unintended pregnancies and over 40 million induced abortions every year worldwide (Sedgh, Singh, and Hussain 2014), it is abundantly clear that the current state of contraception is inadequate.

This should not be surprising because human civilization is still in a very primitive stage of its contraceptive practice. Despite the relative affluence and technological development of the United States, many of the most popular contraceptive methods in the United States today – such as the male condom or the practice of coitus interruptus a.k.a. withdrawal – are so ancient that their origins are forever lost to history or perhaps prehistory. Indeed, contraception itself in the United States has only been legal for about a century.

Furthermore, innovation of contraceptive technology has been mostly stagnant since the development progestin and estrogen based methods, which were originally developed in the 1950s. (Eig 2016) Since then, different modalities for administration of such hormones have been developed in addition to the original oral pill modality, such as injectables, implants, or inclusion in intrauterine devices (IUDs). However, aside from the path of delivery of the hormones and the exact chemical analog of the hormones used, all of these modalities work in basically the same way.

Thus, there has not been a truly new method of contraception invented in approximately 60 years. 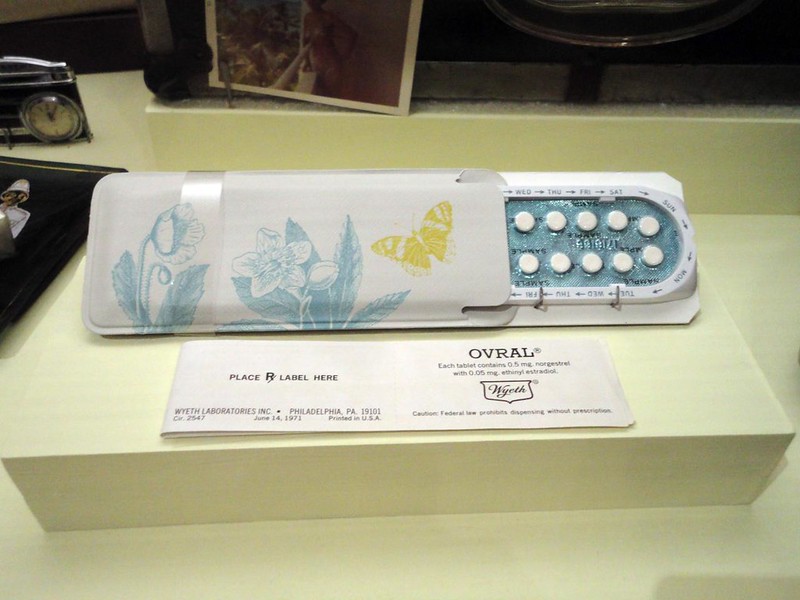 “One item in the 1960’s history of Oakland is a package of Ovral birth control pills” by benjamin sTone is licensed under CC BY-NC-SA 2.0 and is not modified.

It would therefore be tempting to attribute the aforementioned 80 million unintended pregnancies annually to this deficiency of innovation in contraceptive technology. This attribution is probably accurate, but only partly so. Somewhere between 7.5 to 11.5 million persons in the United States did not use any method of contraception whatsoever when they last engaged in sexual intercourse, despite being at risk for unintended pregnancy.1

One area of potential improvement in contraceptive technology is long-acting, reversible contraception (LARC).

The reason for the “long-acting” adjective in LARC is complicated. Two kinds of estimates have been produced for contraceptive failure rates: estimates for “typical use” and estimates for “perfect use,” though this naming scheme is somewhat of a misnomer. “Typical use” refers to estimates calculated from surveys of representative samples of large populations. “Perfect use” estimates are ultimately derived from clinical trials of contraceptive methods.

“Perfect use” estimates were created by James Trussell, a professor of population studies at Princeton University. He read more than a hundred and fifty different academic papers that reported on clinical trials of contraceptive methods, decided which trials were methodologically sound and which trials were questionable, and did some very back-of-the-envelope math to come up with a “best guess” of a failure rate for each method based on the clinical trials he deemed sound. (Trussell and Kost 1987; Trussell 2004, 2011)

Methods such as condoms require user intervention during every act of intercourse. Birth controls pills require users to take a pill each and every day. If such interventions are not done properly or consistently, the effectiveness of the contraceptive method is greatly decreased. Thus, short-acting contraceptives are very sensitive to user error.

Of course, sterilizing operations such as vasectomy or tubal ligation are very long-acting, typically lasting the remainder of a person’s reproductive life. They are also much more effective than methods considered reversible.2 However, they are only recommended for those who have reached a point in their lives where they have finished having children. Thus, the reason for the “reversible” adjective in LARC is straightforward: it refers to methods not including sterilizing operations.

LARCs are typically interpreted to include methods administered by injection, implant, or insertion of an IUD. If these methods are successfully administered, they may last months or years without any need for additional user intervention. 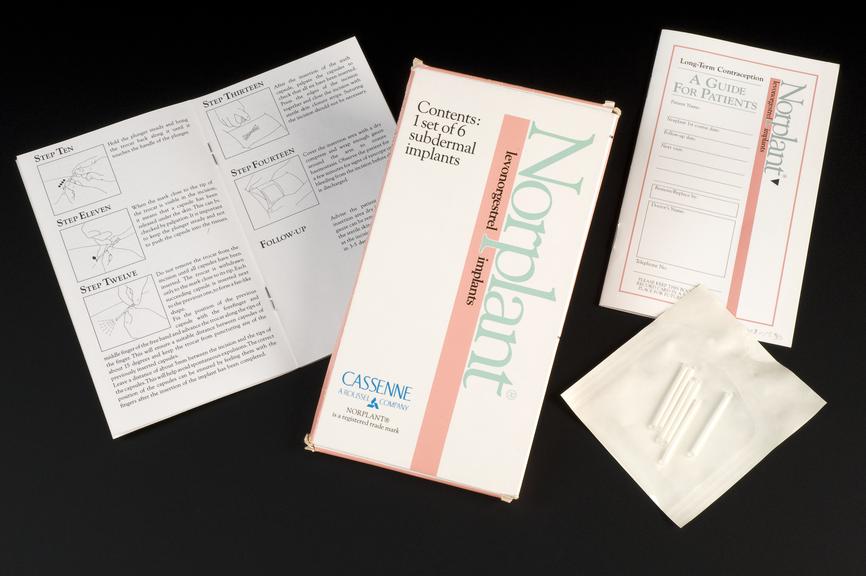 “Packet of Norplant Contraceptive Implants, Middlesex, England, 1993” by The Board of Trustees of the Science Museum is licensed under CC BY-NC-SA 4.0 and is not modified.

Indeed, in the 2017-2019 National Survey of Family Growth (NSFG), respondents representing somewhere between 3 and 5 million people who had previously indicated on the survey they were using contraception in the preceding year, when asked how often they used contraception, replied “none of the time.” Thus, it is likely that some of the differences between “typical use” and “perfect use” failure rates are due to measurement error in which respondents are incorrectly counted as using a contraceptive method when they are not.

Unfortunately, while LARC might represent an improvement over short-acting contraceptive methods, nearly all LARC methods available today are hormonal.4 These hormonal methods deliver some combination of progestin and estrogen analogs, which recreate the hormonal conditions signaling a pregnancy and leverage a natural phenomenon in female physiology that suppresses ovulation.

Side effects are an issue that can occur whenever exogenous hormones are administered. Hormones are signaling molecules that travel throughout a circulatory system, interacting with receptors in distant organs, which may themselves increase or decrease hormone production in response, which in turn can cause yet another organ to change its hormone output. Thus, hormones by their very nature lead to broad and cascading effects.

In contrast, non-hormonal methods such as male condoms (6.8%~9.9%), withdrawal (5.3%~8.3%), and calendar methods (4.1%~8.2%) have much lower rates of discontinuation due to dissatisfaction. Unfortunately, they have much lower rates of effectiveness, as well, and none of the reversible, non-hormonal methods with low discontinuation rate are long-acting.5

If one were to browse a list of the most popular methods of contraception used in the United States today, one will find only three methods in which the primary user is male: condom, withdrawal, and vasectomy. Indeed, all of the LARC methods currently available today are usable only by those with female physiology.

There are obvious socio-cultural issues with this situation, as it perpetuates the old-fashioned viewpoint that reproduction is “women’s work.” However, even from the more limited standpoint of contraceptive practice, a consequence of this situation is that for many men, there are not good options available for contraceptive method.

“Condom with latin manual from 1813 Lund University Historical Museum” by MatthiasKabel is licensed under the GNU Free Documentation License and is not modified.

The two male methods available today that are reversible – i.e., condoms and withdrawal – are not very effective when they are the sole method of contraception used.6 (Sundaram et al. 2017; Kost et al. 2008) As mentioned previously, vasectomy, though highly effective as a contraceptive method, is not typically marketed as a reversible method.7

Thus, those persons with male physiology who have not reached a point at which they have finished having children are left either to take on the cost and the risk that a vasectomy cannot later be reversed, should the need arise, or are left with just two relatively ineffective contraceptive methods.

The previous three sections have gone over phenomena that make contraceptive methods less effective in practice: short-acting methods leave more opportunity for user error, hormonal methods are prone to side-effects discouraging their use, and there are few methods available for men. Even despite these details, there also remains the glaring issue that all the reversible methods today are intrinsically not effective enough.

For instance, between 5.1 to 6.9 million women and between 6.8 to 9.2 million men in the United States relied on condoms as their exclusive method of contraception during the preceding year. The most recently published estimates based on the NSFG report a first-year “typical use” failure rate for condoms of 12.6%. (Sundaram et al. 2017) While condoms are especially prone to user error, even the first-year “perfect use” failure rate estimated by back-of-the-envelope math is 2%. (Trussell 2011)

The point of this section is not to single out condoms. Use of condoms is better than no use of contraception while at risk for unintended pregnancy, which unfortunately also occurs quite frequently, and in the big picture of effective contraceptive practice, condoms may still have their use. They might be valuable as an additional method of contraception used simultaneously with a more effective method, reducing the risk for sexually transmitted infections while providing a little extra contraceptive effectiveness.

Instead, condoms are used as an example because condoms are the most common method of contraception in the United States in the sense that more women have used condoms as a method of contraception than any other method, and yet this method is woefully inadequate. Similar numbers of unintended pregnancies could be estimated for all reversible methods currently used in the United States, though the numbers would be slightly less bad for hormonal methods.

For instance, birth control pills compose another very popular method of contraception in the United States. Between 6 to 8.3 million women and between 3 to 5 million men in the United States relied on pills as their exclusive method of contraception during the preceding year. The most recently published estimates based on the NSFG report a first-year “typical use” failure rate for pills of 7.2%. (Sundaram et al. 2017) The first-year “perfect use” failure rate for pills is estimated to be 0.3%. (Trussell 2011)

Therefore, the point of this section is to illustrate that there is a pressing need for methods of contraception that, in addition to addressing issues that make contraceptive methods less effective in practice, are themselves intrinsically more effective.

When the birth control movement in the United States began more than a century ago, it was conceived in the excitement of the vision of a future world that would evolve beyond phenomenon of unintended pregnancy and the use of abortion as a method of fertility control. At first, there may have been reason for such hope. Prohibitions of dissemination of information about contraception were removed, and when the low-hanging fruit of hormonal contraception was finally brought to market, it proved more effective than the methods that came before. 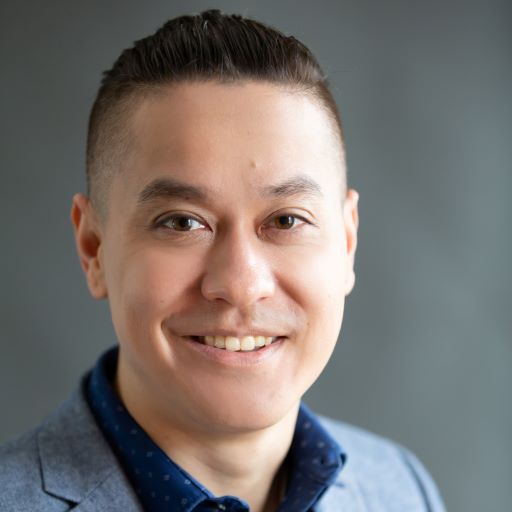 This blog is an outlet for me to explore my own interests in my personal time, including research interests. Most of my research interests pertain to what I have termed "reproductive responsibility," which includes topics pertaining to the phenomena of unintended pregnancy and induced abortion. This includes analysis of contraceptive use, unintended pregnancy, contraceptive failure, alloparenting and parenting, and sexual behavior.